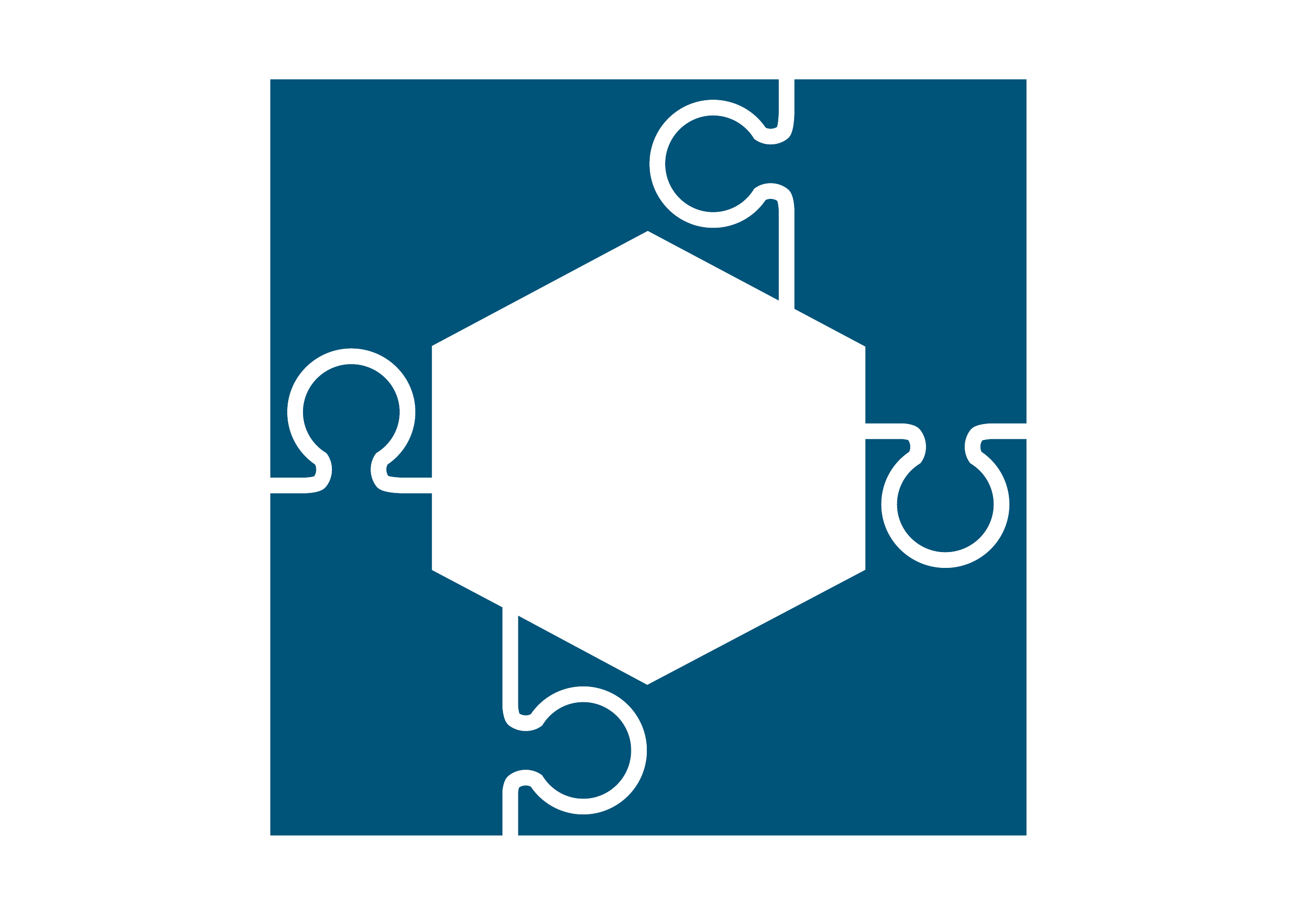 The Nature of Systems – Basic Tools

A new way of thinking - thinking in terms of connectedness, relationships, pattterns and context.

The first step in adopting a Systems Solution to equity analysis is understanding the basics of systems.  These basics are applicable to all types of problems, not just equity analysis, and represent a fundamental mindshift from mechanical to holistic thinking.

1. The Distinction between Mechanistic and Holistic (Systems) Thinking

In their book, “The Systems View of Life” from which much of this material is drawn, authors Fritjof Capra and Pier Luigi Luisi note that  systems thinking is the opposite of analytical thinking:

“Analysis means taking something apart in order to understand it; systems thinking means putting it into the context of a larger whole.”

Thinking in systems involves a complete rework of the analytical approach away from certainty and prediction towards approximate understanding.  Such an approach often conflicts with underlying behavioural and institutional biases that favour certainty and confidence.  This is the challenge and opportunity for investors in systems thinking.

We have discussed the distinction between systems and analytical thinking in more detail here.

Capra and Luisi describe a system as:

“an integrated whole whose essential properties arise from the relationships between its parts”.

For example, the human body is a system, within which are separate sub-systems (circulatory, nervous, muscular, respiratory etc) organised in various system hierarchies (DNA, Cell, Organ).  The individual human in turn inter-relates with other systems (humans, animals, plants etc).

In the social domain, a company is a system, comprised of various sub-systems (accounting, management, operations, marketing etc) in turn part of a heirachy – business/company/industry/economy.  This industrial system inter relates with other systems – political, natural, financial.

All systems have the following major components:

These are the building blocks within our system and the focus of traditional analytical approaches.  Elements come in two types, stocks and flows, where stocks represent the historic accumulation or depletion of the flows.  Stocks act as stabilisers in a system and as they are depleted the potential for volatility increases.

In a company system the stocks are Cash, PPE, Inventory, Receivables, Intangibles etc.. , whilst the flows are Sales, Expenses, Cashflow, Capex etc.  In an accounting sense, stocks are recorded on the balance sheet and flows in the P&L or cash flow.  The balance sheet in this model is both an historical record of performance and an indicator of the future stability of the company.

Whilst the elements of a system seem to be its defining characteristic, they are not.  Changing the elements often has minimal impact on system behaviour.  The cells in the body, players in a football team and equipment in a company are all in a constant state of change, yet the system in which they operate largely retains its character.  It is not the elements, but the relationships between them, that are critical for understanding the system.

The interconnections between the various elements and the process by which change in one element feeds into  changes in another, are the defining features of a system.  As Donella Meadows notes:

“One of the central insights of systems theory, as central as the observation that systems largely cause their own behaviour, is that systems with similar feedback structures produce similar dynamic behaviours, even if the outward appearance of these systems is completely dissimilar”

Feedback is ubiquitous in systems and can be either stabilising (acting to dampen the system towards some form of equilibrium) or reinforcing (acting to accelerate change).  Business, finance and financial analysis are full of examples of both types of feedback.  For example:

Most systems have a goal or a purpose.  For organic systems the goal is to stay alive and propogate genes.  For companies, the goal is (generally) to maximise returns to shareholders.  Understanding this goal is critical to understanding the behaviour of the system and how it will adapt to change.  A company is a dynamic entity that will adapt to changing circumstances by product innovation, mergers, cost cutting etc.

A boundary or environment.

Even in systems thinking we need to define a boundary for our analysis.  Although everything in the world is interconnected, it is impractical to consider every possible interaction.  We therefore usually confine our thinking to an element of the overall system – a leaf, a tree, a forest, an ecosystem.

There are obvious risks in our choice of system boundry.  Define it too narrowly and we risk missing important connections that drive behaviour.  Define it too broadly and we risk getting bogged down in irrelevance.    We define our boundaries using the terms endogenous (within our system) and exogenous (outside it).  This in turns leads to a belief that exogenous factors are both outside of our control and incapable of understanding (Black Swans).

A classic example of this was during the GFC when CEO’s repeatedly claimed the GFC was an unpredictable Black Swan event – outside the system.  In contrast, those who “predicted” the GFC understood that leverage and liquidity were endogenous to the system as described by Minsky.

The behaviour of CEO’s during the GFC was typical of bounded rationalists – those who make a decision that is correct within the narrow constraints of their knowledge.  CEO’s (and analysts) who look only at the company system, will fail to grasp the broader systemic implications (e.g. competitive response) of their decisions (e.g. cut costs).

The interaction of these elements results in certain common behaviours and properties of systems:

Systems have a tendency to organise themselves into different hierachies.  For example:

A common property of systems is that each level of this hierachy may have different levels of complexity, such that some properties of the system emerge only at one level of complexity, but cannot be predicted from the behaviour of the lower level.  For example, the human mind cannot be predicted from studying individual cells – it is an emergent property of the organism.  Similarly, an Industry will have different emergent properties that cannot necessarily be predicted by studying the individual factors of production.

The nature of feedback within systems results in different types of potential outcomes for that system.  Stabilising feedback may result in tendencies towards equilibrium and may give the system inherent resilience.  Reinforcing feedback may have the opposite effect, especially if it operates in a non-linear way, leading to chaotic behaviour.

Given that systems can often only be understood in terms of their general behaviour, rather than specific outcomes, understanding whether feedback works to stabilise or amplify the system and whether this occurs in linear or non-linear ways, is perhaps the ultimate goal of systems thinking.

Fractals and Self Similarity

Another property of feedback is the tendency for systems behaviour and outcomes to look similar at various levels of scale.  This fractal type behaviour manifests regularly in the natural world in patterns of growth (e.g. tree branches) and erosion (mountain ranges/coastlines).  It is also seen in market behaviours.  Share prices often appear fractal at different scales – intra day, daily, weekly, etc.

A related outcome is that distributions of outcomes often follow power laws rather than normal distributions.  For investors this has major implications for understanding value and risk.

A further derivative of these behaviours is the tendency for systems to self organise themselves into a state of criticality.  The standard metaphore being the sand pile where further grains of sand cause “landslides” of various, unpredictable sizes.  Markets appear to to organise themselves into similar patterns – what appears a stable market can be a small disruption away from a crash.

Another useful metaphor from systems analysis is the idea of a phase change.  In physics the transition of water from solid to liquid to gas represents a classic example.  But markets can also be viewed as subject to phase changes – the classic being the switch from positive to negative investor sentiment that defines a bull vs bear market.

Capra and Luisi note that,

“the tension between mechanism and holism has been a recurring theme throughout the history of Western Science.”

The tension is not so overt in investment analysis but is there nonetheless.   Portfolio managers tend to focus on the systemic wood whilst stock analysts get lost in the mechanical trees.  Strategists adopt top down systemic models to contrast analysts bottom up forecasts.   Traders focus on the behaviour of the market systems, analysts focus on mechanical understanding of the company.

As Donella Meadows noted, both parties are seeing something that is there, and successful investors need to be aware of both approaches.  Mechanical analysis that works on one scale needs to be incorporated into a systems framework for succesful investing.