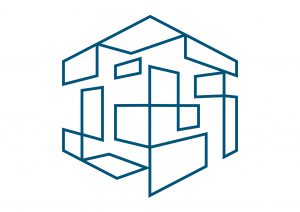 Security analysts should do their elementary jobs before they study stock-market movements, gaze into crystal balls and go on all-expense-paid field trips.

Analysis of company financials is the traditional starting point of Equity Analysis.  It is a necessary tool to measure the things investors are interested in (cash flow, returns, etc) and to use these measurements to compare multiple investment opportunities.

However, there is a tendency for the “elementary job” of financial analysis to be discarded or downplayed on the basis that “the answer is not to be found in the spreadsheet.”  Indeed, a purely financial approach to analysis is not sufficent for a number of reasons:

Nevertheless, the Financial Frame remains a valuable tool for the following reasons:

The Company as Financial Entity

For Financial Analysis to be valuable, it must go beyond simply compiling measurements of the company.  We need to develop a broader concept of the company as a financial entity.  This is the ground rules that determine its behaviour and potential.   We also need to integrate these into our understanding of the broader system.  A machine can measure various attributes of the blood, but it usually requires a consulting doctor to interpret the results against the broader context of the patients symptoms and appearance.  Our basic financial measurement provides the pathology, but this data needs to be understood in broader context.

In understanding the company as a financial entity, it is useful to think of it as having Three Financial Levers at its disposal to drive performance:

The point of Financial Analysis is to understand:

… and then to integrate these tools into our investment framework.

1. “I am no longer an advocate of elaborate techniques of security analysis in order to find superior value opportunities. This was a rewarding activity, say, 40 years ago, when our textbook “Graham and Dodd” was first published; but the situation has changed a great deal since then. In the old days any well-trained security analyst could do a good professional job of selecting undervalued issues through detailed studies; but in the light of the enormous amount of research now being carried on, I doubt whether in most cases such extensive efforts will generate sufficiently superior selections to justify their cost. To that very limited extent, I’m on the side of the “efficient market” school of thought now generally accepted by the professors.”

2. The Oakland A’s were able to have success far above their financial clout because they stopped using the traditional scouting frame to evaluation draftees and instead focused on a statistical frame. They didn’t care how players looked, they cared about their results. They were able to objectify and quantify the decision and understand that things that mattered.  A memorable passage in the book quotes the excitement of manager Billy Bean regarding new draftee Brant Colamarino:

“You know what gets me excited about a guy? I get excited about a guy when he has something about him that causes everyone else to overlook him and I know that it is something that just doesn’t matter” When Brant Colamarino removes his shirt for the first time in an A’s minor league locker room he inspires his coaches to inform Billy that “Colamarino has titties”. Colarmarino … does not look the way a young baseball player is meant to look. Titties are one of those things that just don’t matter in a ballplayer.”

However, like all good ideas, the Moneyball analogy can be taken too far. For starters, we need to understand the different measuring tools between baseball statistics and finance. Baseball statistics, by and large, are objective. Financial reporting on the other hand is exceptionally subjective, which hampers our ability to rely upon it. Further, the Oakland A’s did not rely solely on statistics. For example, they ran anecdotal character assessments that aimed to screen out poor personality traits. Similarly, investors need to use a multitude of tools.