In our top down review of a selection of small SaaS companies we noted that on face value metrics for Updater ($UPD) looked good.  Revenue growth, historic and forecast, was parabolic and this was being delivered with modest cash burn relative to peers.  However, the composition of this revenue growth is the key for further analysis.

In this post we use our SaaS Framework to pose some possible questions for a bottom up analysis of Updater.

Question 1 (For Updater) – What is the composition of revenue growth?

There are three main elements to the actual and forecast revenue growth profile of $UPD:

These various income streams have different values.  Real Estate Products and Move HQ are solid SaaS businesses, but history (and acquisition multiples of 3x revenue) suggest that revenue growth going forward will be solid not exponential.

The real driver of valuation is Business Products.  It is the performance of these products which will make or break the share price.  An important starting question for analysis is therefore: 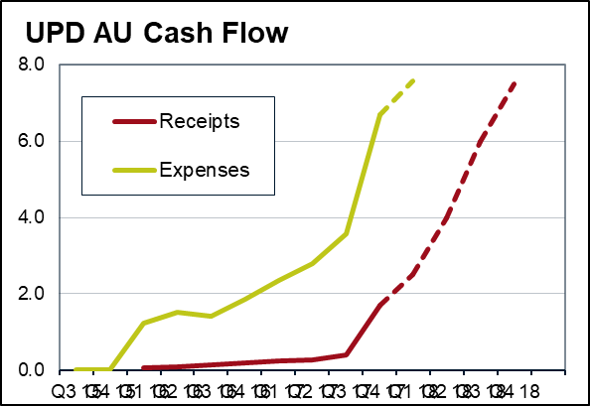 Question 2 (For Updater) – What is the detail behind the Updater Funnel?

Updater is all about the expected growth in Business Products.  As these are only just launching, this expectation is based on understanding and extrapolating the Sales Funnel, rather than extrapolating any hard sales history.

At the top of this funnel is the concept of “Moves Processed”.  It has been the driving metric of Updater since listing and is prominent in all presentations.  Certainly the trend and absolute level of this metric is impressive.  But what does it mean?

The Updater prospectus defines a processed move as follows: 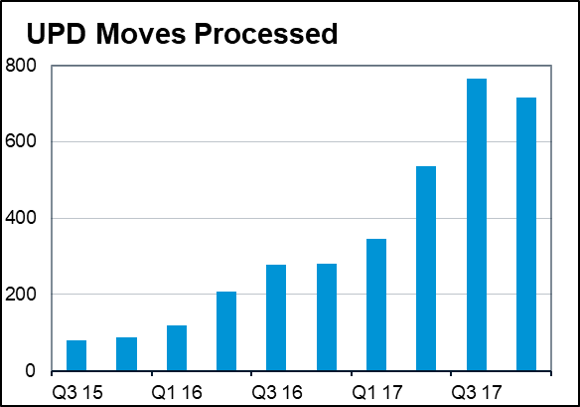 In order to understand the top part of the filter in more detail the following questions might be useful:

The next step down the Funnel is the concept of Updater Users.  Updater recently announced that “it has significantly optimised its User Conversion funnel, with 30-40% of invited Movers becoming Updated Users.”

This statement partly answers the issues above, but it does not answer this question:

Note that Updater has previously announced that it measures the number of features that Users engage with in the Mover Product during their move lifecycle.  However, it does not seem to publish this data in detail.

The final part of the funnel relates to conversion rates between users and the transactions that will eventually generate revenue.  Encouragingly, Updater have provided some very upbeat data relating to their Pilot Programmes, particularly in relation to the “lift” in conversion.  However, making extrapolations between Pilot programmes and actual outcomes is always difficult.

One clarification that would help understand these numbers in more detail is:

Question 3 (For analysts/investors) – How confident are you in your funnel forecast?

Sales funnels are intoxicating for analysts.  The ability to build a spreadsheet model of the funnel often creates a degree of confidence about the outcome that wouldn’t exist if the forecast was done on the back of an envelope.

As they undertake this process, analysts need to ask the following questions:

This last question relates to an experience I had many years ago bargaining for a hat in a Moroccan Bazaar.  The vendor offered 20, I haggled him down to 5, thinking I’d won a great deal.  I was later told “market price” for the hat was 1.

Pyschologists call this anchoring, where we get attached to the first number (regardless of relevance) that is presented.  In the case of Updater, analysts should consider carefully how their forecasts have been impacted by anchors provided by the company.  These include various bullish estimates of “revenue opportunities” for “discussion purposes” only.

For example, in building a forecast for the “Pay TV Vertical” has the analyst been biased by the US$85m anchor presented by the company?

Is the resulting “conservative” forecast really equivalent to the $5 bid for the hat? 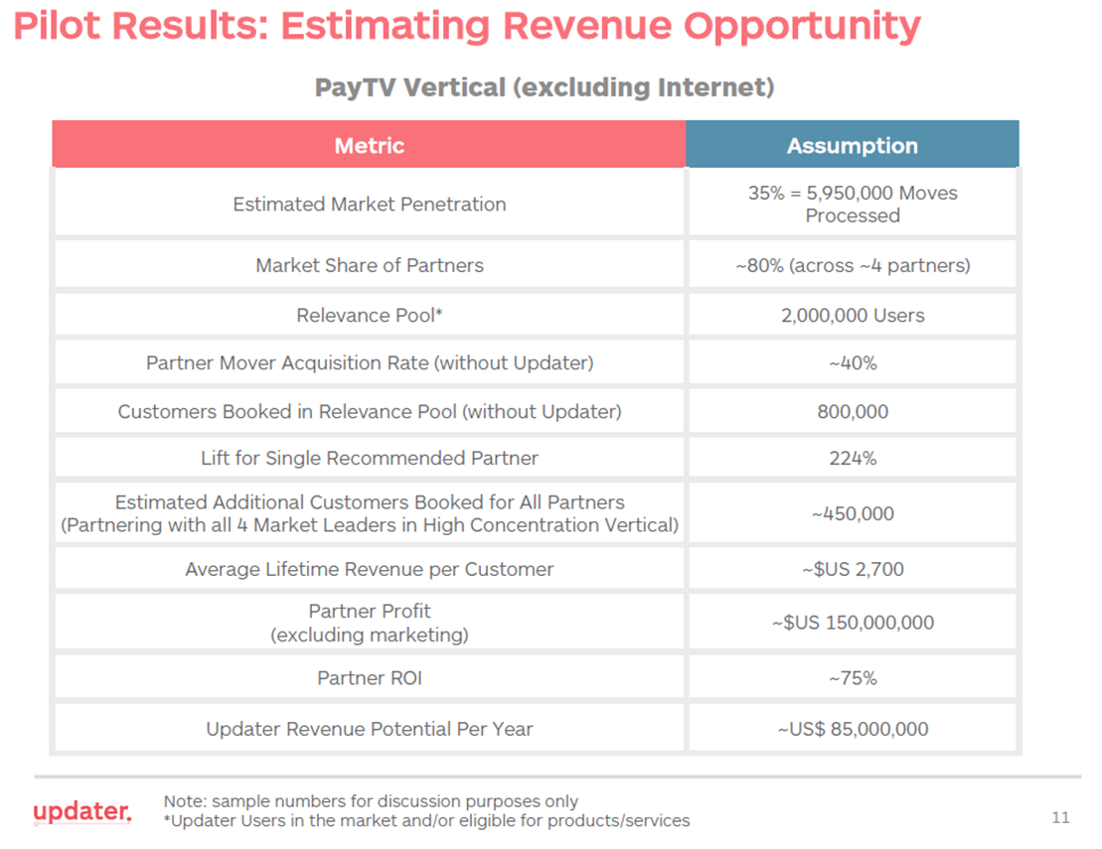 Question 4 (For analysts/investors) – What will my forecast be worth?

Having carefully considered the above fundamental questions about the Updater sales funnel and built this into a nicely crafted forecast, the next step is to ask:

As we noted in SaaSy stories Pt I and our top down analysis of these stocks, attracting valuations at large multiples of sales relies both on the quantity of sales growth and its quality.  Obviously the quantity is the most important starting point, but analysts should never lose sight of the quality argument.

A first quality screen is that , as noted above, the market will likely value sales growth from acquisition at a lower multiple than organic sales.

A second quality screen is the return on investment from this sales growth.  In the most recent quarter, costs accelerated much faster than receipts, despite inclusion of a “cash positive” acquisition.  This is fine if revenue growth is delivered.

But what is the end game for cost of revenue acquisition?  The Business Products are not traditional SaaS revenue streams.  They are more akin to Lead Generating sites or resellers (think $ISU, $CRD, $FIG).   Costs of revenue generation in these models is potentially much higher than traditional SaaS models.

What multiple of sales will the market place on an insurance marketing operation generating 50% gross margins versus a SaaS platform at 80% GM? 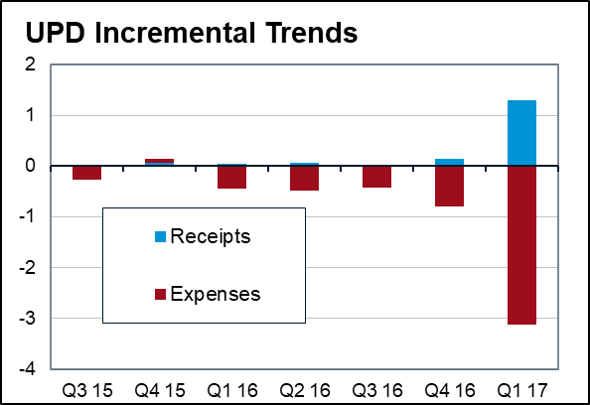 Question 5 (For analysts/investors) – What will the financial structure of the business look like at this point?

If you’ve got this far in your analysis, there is one final step that might be important.

The above is a sample of the questions that could be asked in relation to Updater.  They should help clarify the risk and reward around the opportunity.  Which way that falls is obviously an individual choice, but hopefully answers to some of these questions might help.